Where are we shipping to?

Purchasing from your country’s website is the best way to connect your feet to the world’s most comfortable shoe.

Free Shipping on all US Orders over $125. Free Returns and Exchanges.

Restocking in October.  Click on your size and then "Notify Me When Available" and we'll let you know as soon as they come in!

vintage suede sneaker in all black for "super-sneaking"


The Retro 91 Triple Black takes a page from our history and recreates it for today, featuring black suede uppers with black stitching and black outsoles.  The leather toecap celebrates that vintage look and ‘whatever’ feeling, while adding extra protection from scuffs and bumps. The sturdy, recycled outsole and comfortable insole pinpoints this sneaker as a Simple classic.

Orders are processed and shipped within one business day.  We ship using USPS or UPS Ground.  Once your order has shipped, you will receive an email containing your shipment tracking number which you can use to track the delivery status.

We currently ship to Canada, the UK, Ireland, Germany, Austria, Netherlands, Singapore, Mexico and Brazil .  Choose your country from the "bubble flag" on the bottom left hand side of the website and take it from there!

Start your Return or Exchange Here.

FREE Returns and Exchanges as long as:

Refunds are processed within 24 hours after receipt by warehouse (excludes original shipping fees).

Due to complexities with international shipping, we are unable to provide a prepaid return label.  But we will gladly exchange or refund your purchase if all of the above conditions are met.

Thank you for submitting a review!

Your input is very much appreciated. Share it with your friends so they can enjoy it too!

Best sneakers I ever had (the originals). Just have to find them in my size again. Thank you for the re-release.

United States
As good as I hoped

I've always wanted a pair since 1991. Finally got a pair. They are as nice as I hoped. A very simple and decent shoe. Nuff said.

Very happy with the fit and the look and the comfort!!

United States
Why Did I Wait So Long?

I love these shoes so much I can't believe it. Plan on purchasing more of every color. Maybe not red but that's on me. I can't pull that off. 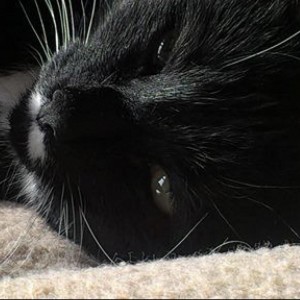 The shoes are great. The only issue I had was the frustration in getting them. I ordered 2 pairs from Amazon. I received a text that they were "undeliverable," so I bought another 2 pairs because I was informed the original 2 pairs I ordered would not be redelivered. (The shipping company was at fault, not Simple.) A few days later, the 2 pairs I ordered afterward showed up. I thought the whole thing was resolved until another 2 pairs arrived. I decided to keep the other 2 pairs because I know how these shoes sell out very quickly. I contacted Simple's very pleasant customer service and after about 2 weeks emails and phone calls, I was able to straighten all of this out. I'll definitely order from Simple again, but it won't be for another 12+ years because they are so well constructed.

Fit and Feel is similar to OS Sneaker

Fit and Feel is not as roomy as SLO and Wingman

If in doubt, order half size up